No one builds heavyweight V-twin cruisers like Harley-Davidson. America’s favorite Motor Company has been stamping out iron for 116 years, and for those who appreciate long, low bagger-style touring bikes, Harley-Davidson’s 2020 Street Glide Special (price as tested at $30,794) is the crème de la crème. 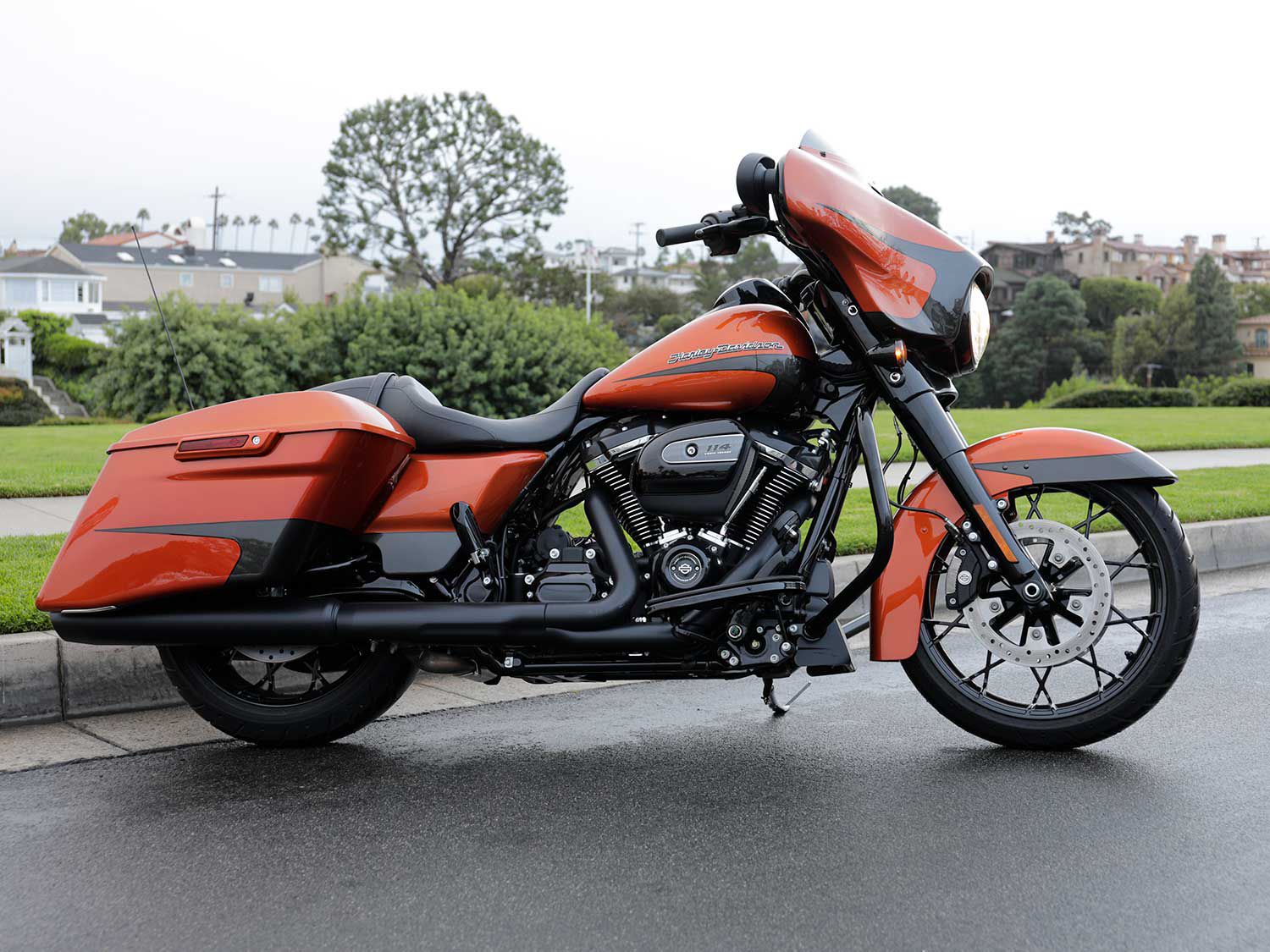 The Street Glide Special stands out from the crowd with its all-black finish and competition-style GT-inspired Prodigy rims. Aesthetically, it also benefits from sleeker-looking dropped hard cases. An up-spec stereo with a larger touchscreen color display, makes it easy to manipulate vehicle and navigation controls, even while wearing gloves. 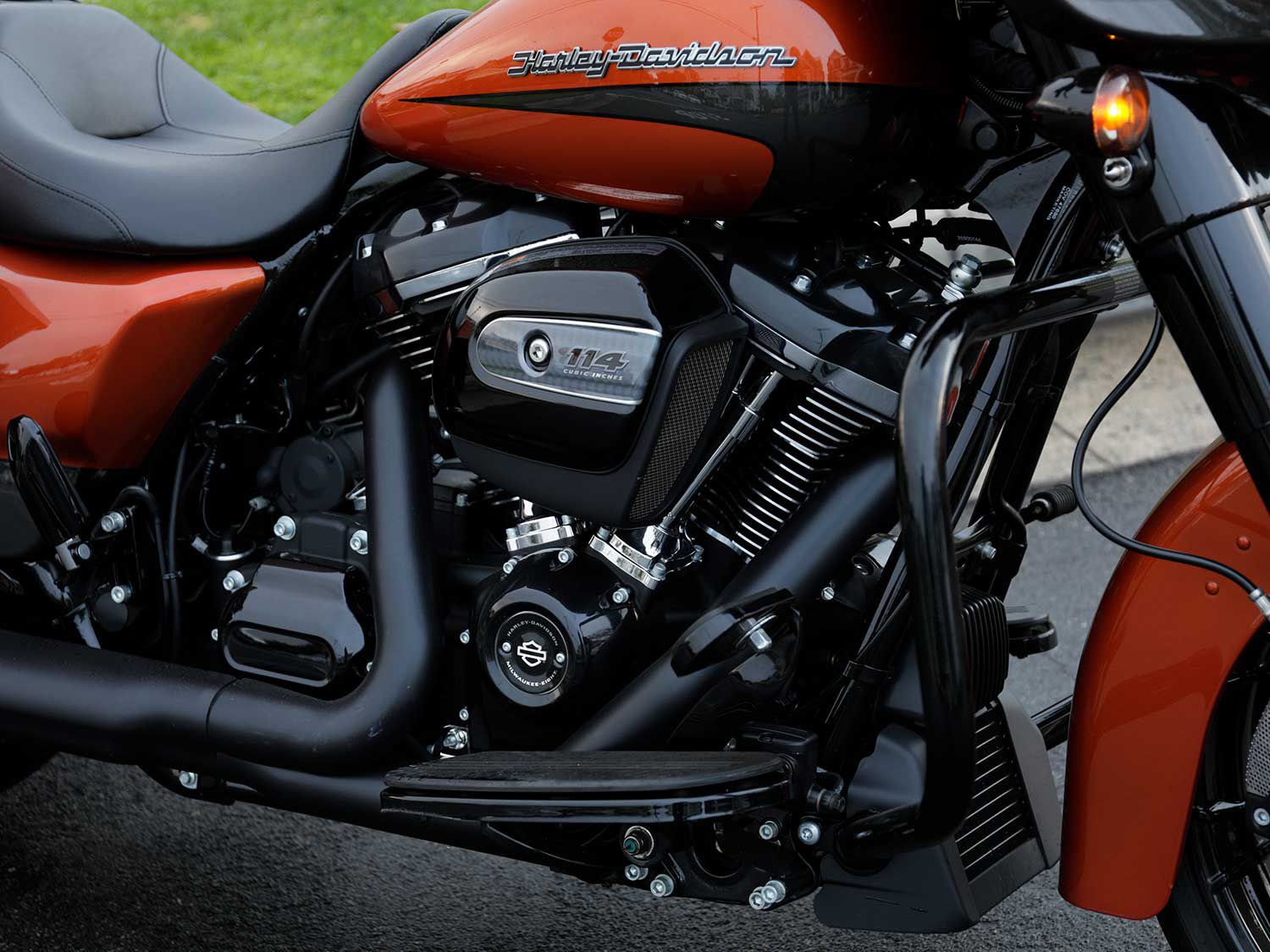 American muscle. The 2020 Street Glide Special gets Harley’s 114-cubic-inch Milwaukee-Eight twin, good for nearly 111 pound-feet of torque at the back Dunlop. (Adam Waheed/)

But the crown jewel of the Street Glide Special is its bored and stroked 114ci (1,868cc) air/oil-cooled engine that pumps out nearly 111 pound-feet. Twist the throttle and feel the 45-degree power pulses launch you forward with a tidal wave of torque. With so much power on tap, it’s easy to overwhelm the grippy Dunlop American Elite rear tire. 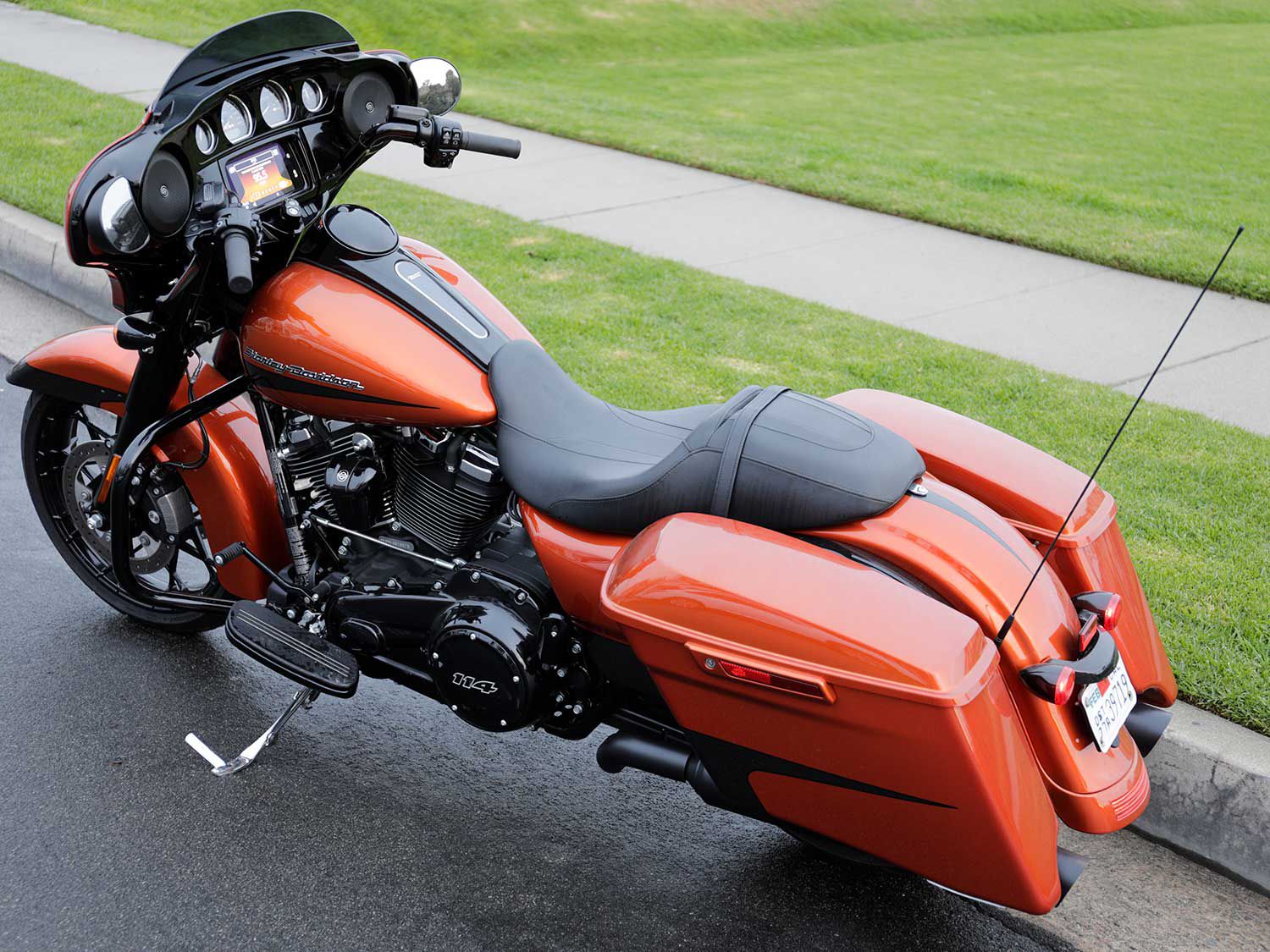 Long and low. The Street Glide Special has a muscular stance that is as comfy as it is tough looking. (Adam Waheed/) 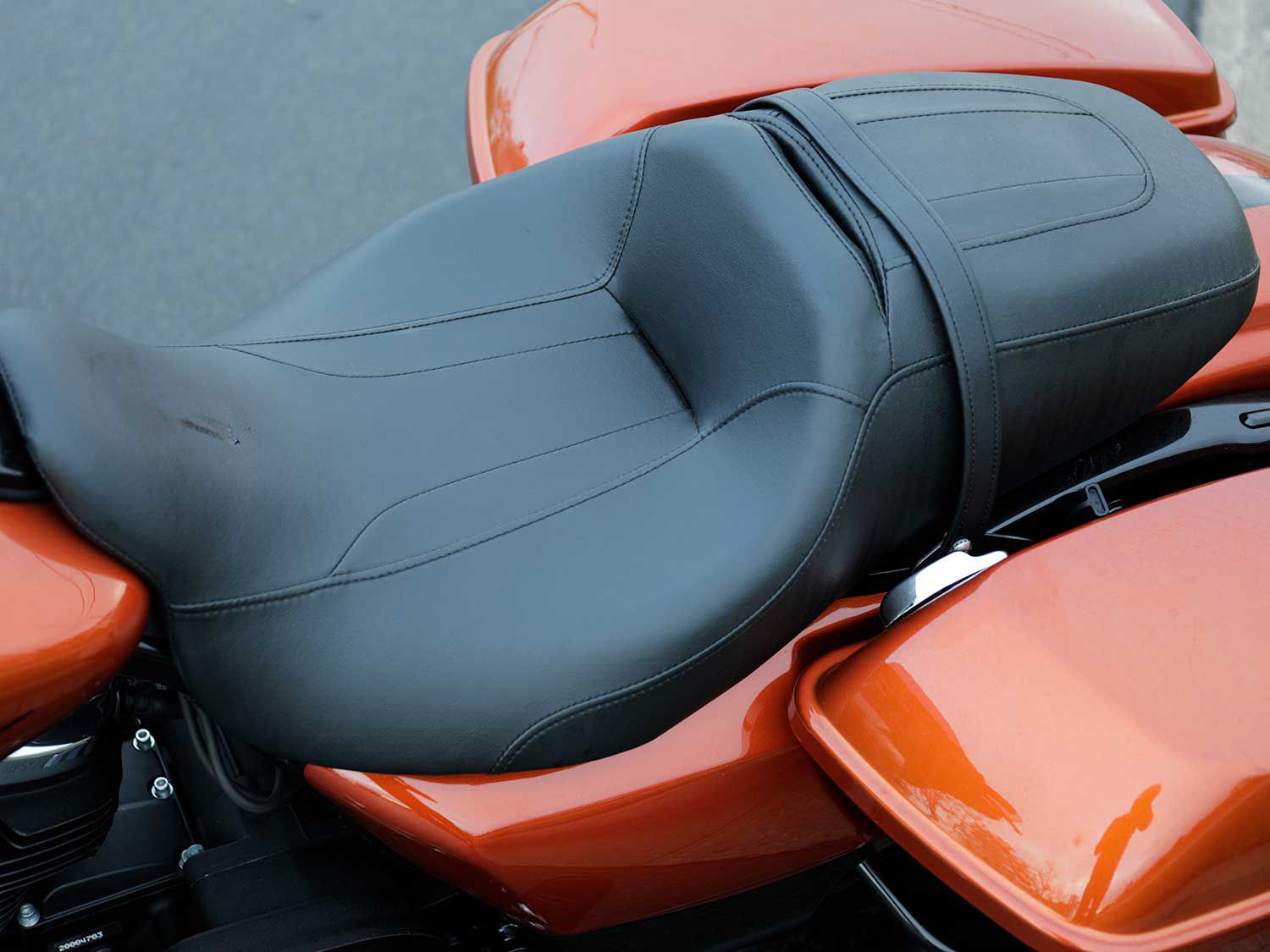 Harley-Davidson saddles are second to none. Plush and well-supported, these are the gold standard of motorcycle seats. (Adam Waheed/)

In addition to wheel speed sensors the system employs an IMU (type of chip used in most modern smartphones) which gives the motorcycle positional awareness on the road. It’s similar technology to what many modern liter-class sportbikes employ, including Yamaha’s YZF-R1 and Ducati’s Panigale V4. These electronics enhance control when riding on any surface, wet or dry. By default the system is “on” when the motorcycle is started, however traction control can be manually disabled if, say, you want to cause a scene (and maybe a little smoke) when accelerating from a stop. The remaining electronic countermeasures cannot be turned off. 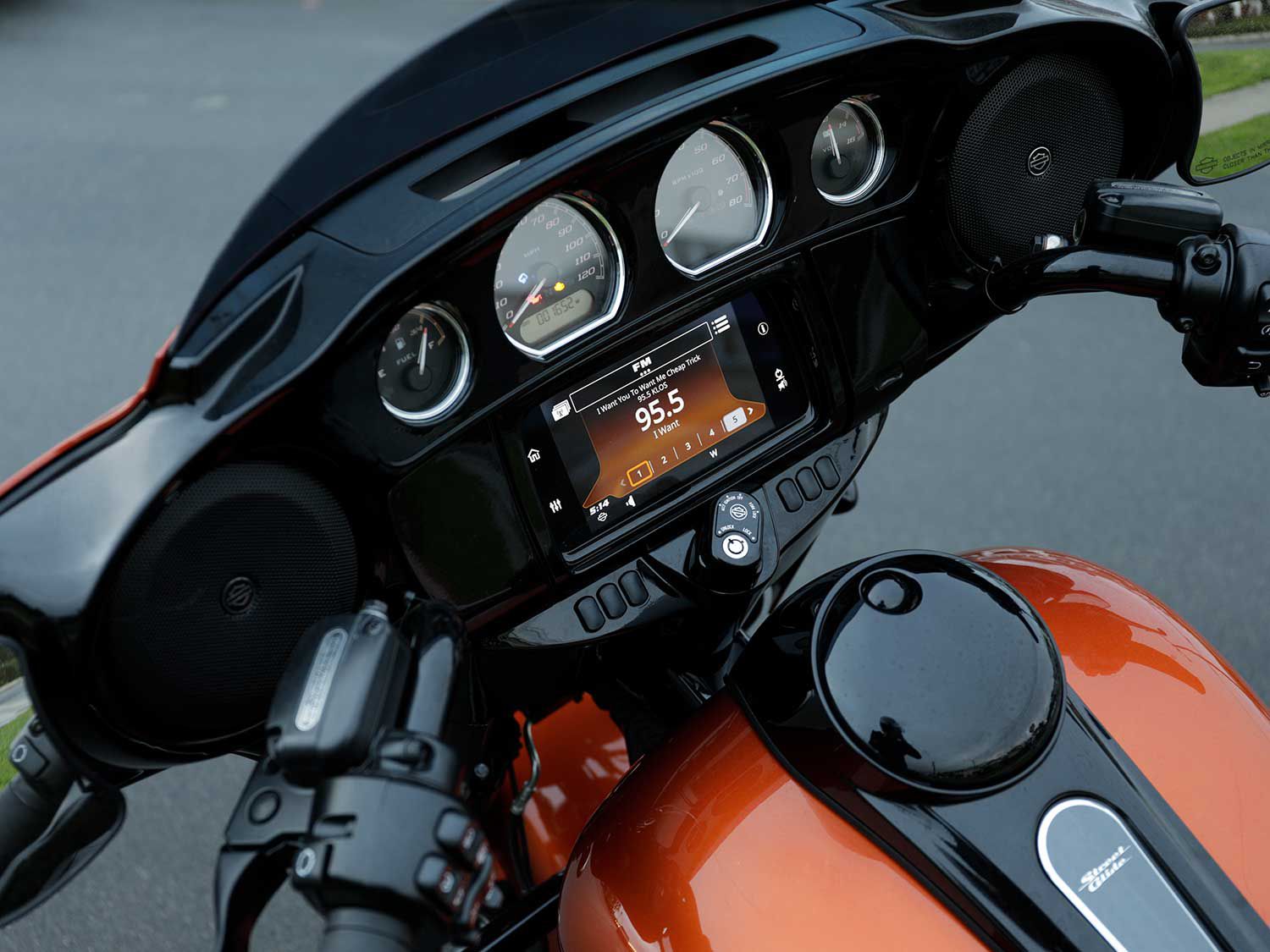 We felt the system in play over damp road surfaces and slippery manhole covers and it performs as advertised. We’d be keen to see how the electronics perform during more spirited riding maneuvers, but we’ll leave that to next time. 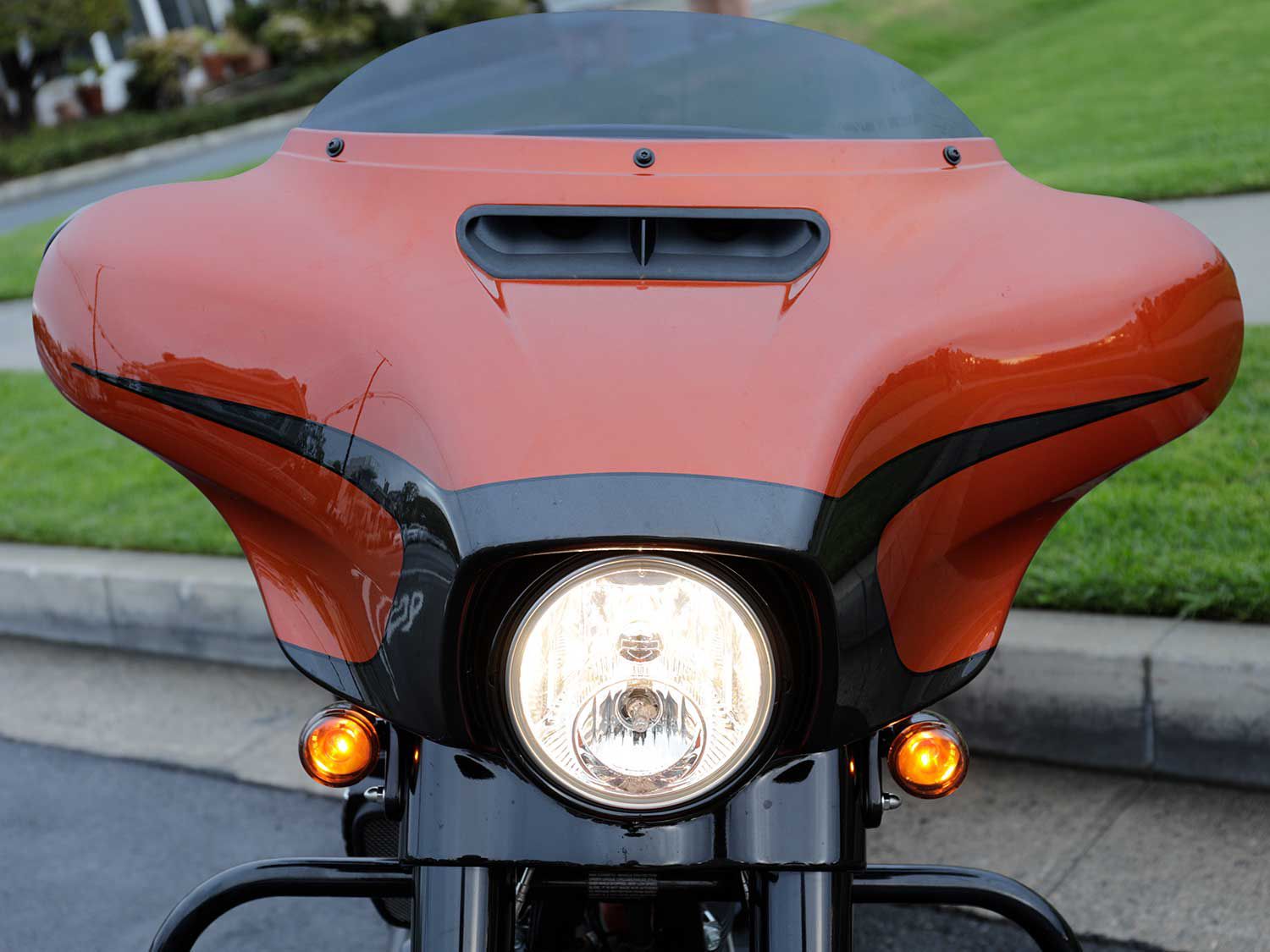 The Street Glide Special’s batwing fairing is a key styling feature. Unlike the Road Glide’s fixed fairing, this component moves with the handlebar. (Adam Waheed/)

A lot of motorcycle manufacturers build nice V-twin engines, but none of them sound like a Harley. The crisp exhaust note and clocklike precision of the six-speed gearbox give this big twin a level of refinement that needs to be experienced to be believed. Love ’em or hate ’em, there are few engines on Earth that deliver the prodigious levels of character, refinement, and power as this 114 Milwaukee-Eight. 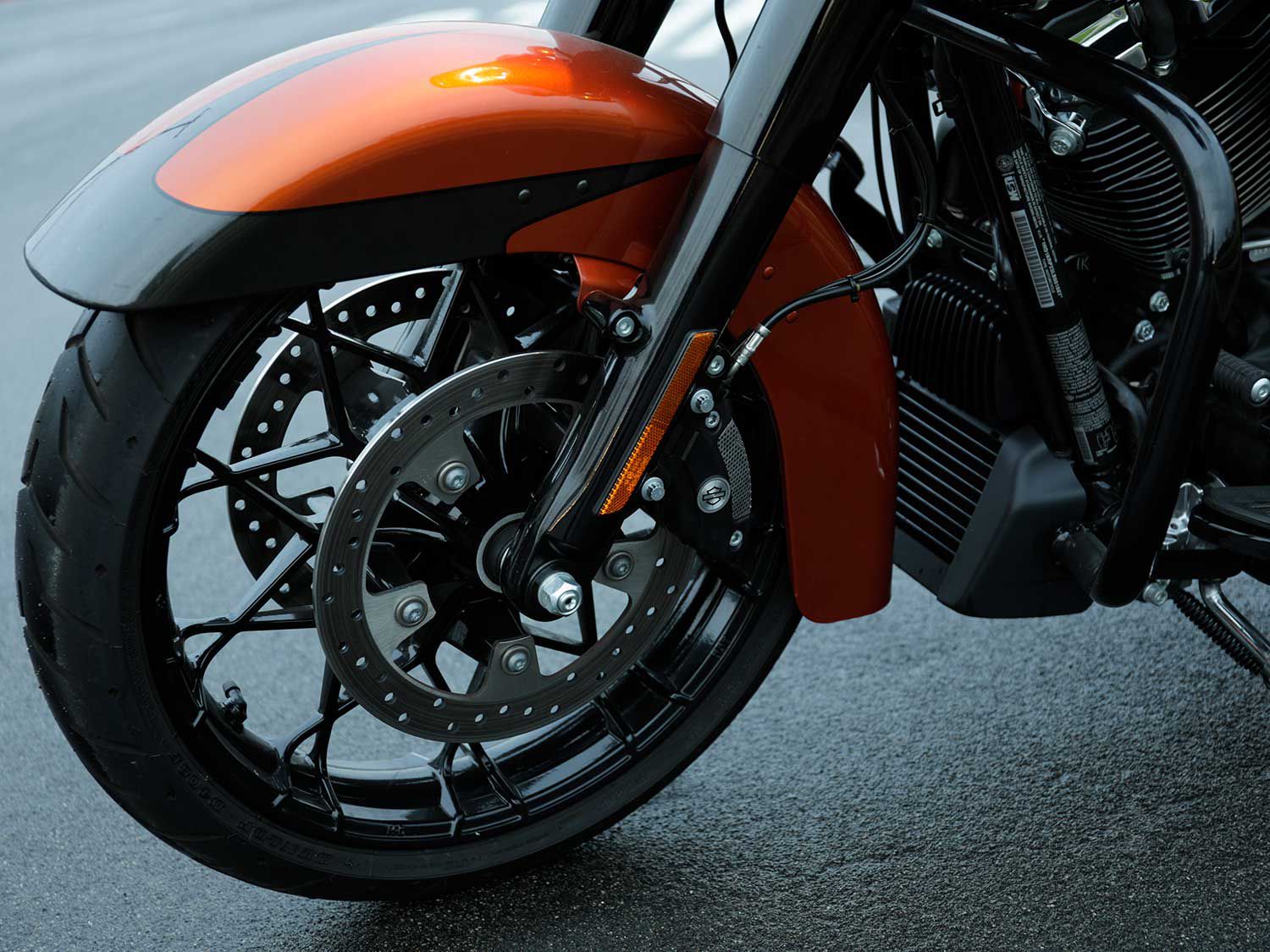 The Street Glide Special gets cornering-enabled ABS which helps mitigate loss of control during brake application through turns. (Adam Waheed/)

Harley-Davidson elevated the handling standard of what riders expect from a heavyweight twin when it overhauled the chassis on its touring line in 2009. And today’s Street Glide Special handles better than you’d expect a 827-pound motorcycle to. The addition of Showa’s Dual-Bending Valve fork boosts pitch control during aggressive braking and sucks up bumps and pavement imperfections in regal fashion. A preload adjustment knob allows rider’s to modify the rear suspension’s ride height based on preference or carrying load. 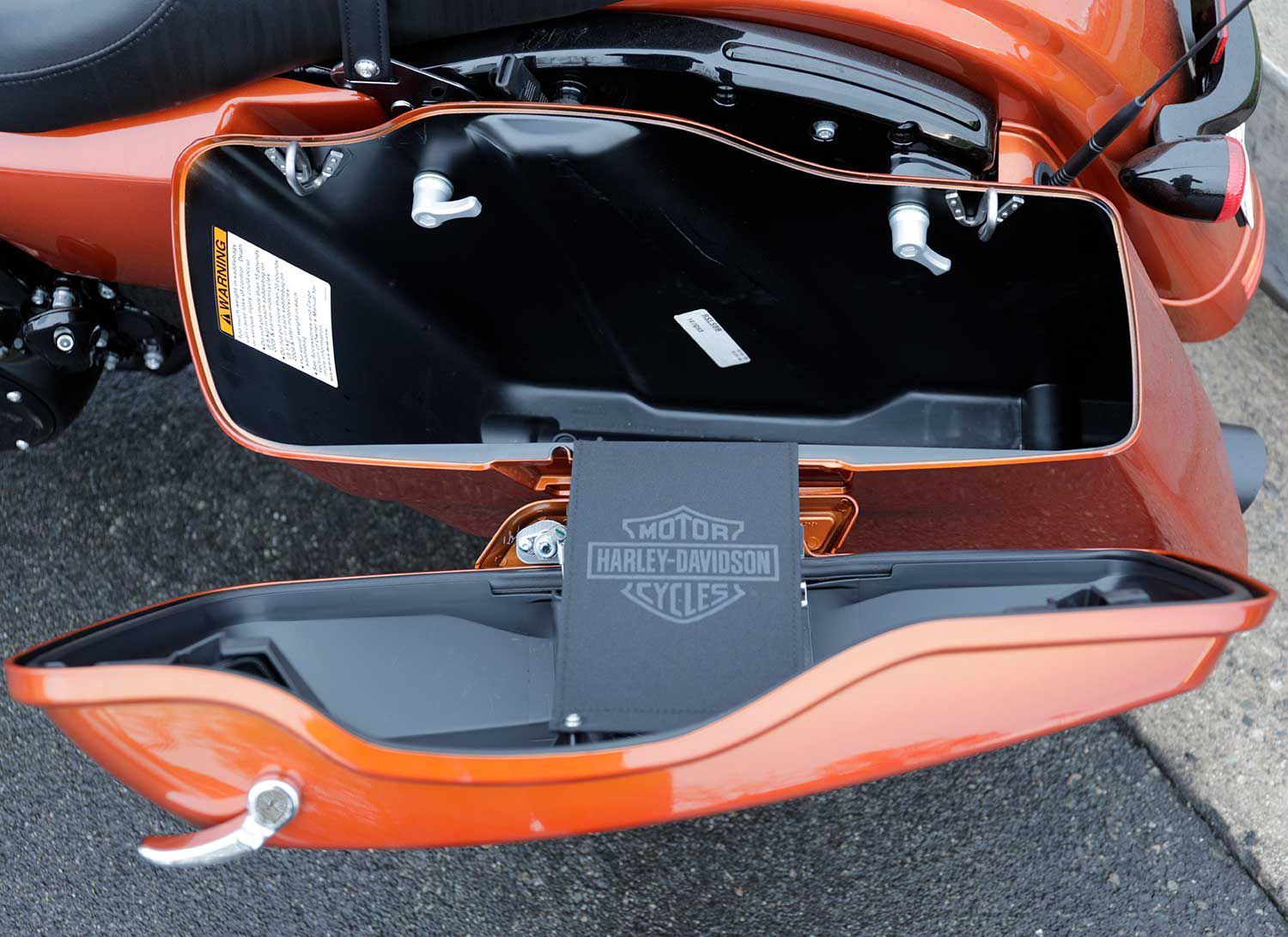 Of course, fit and finish and the gleam from the paint are other signature traits of modern Harleys and we’re always impressed with H-D’s ability to sweat the details. It certainly ain’t cheap, but if you are seeking the utmost in comfort, performance, and of course style from a heavyweight V-twin touring bike, there simply is no better option than this 2020 Street Glide Special. 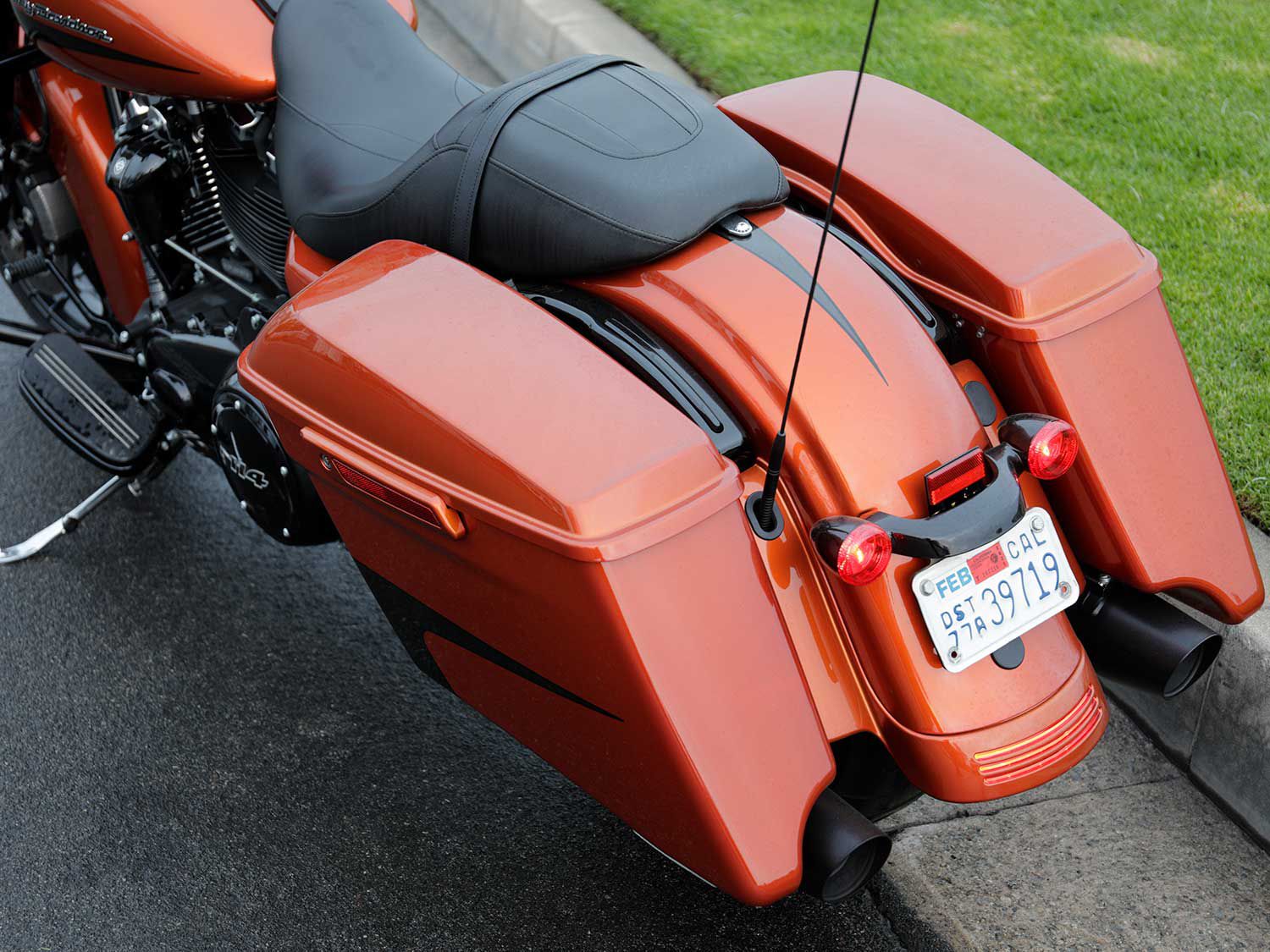 The Street Glide Special wears a pair of “dropped” bags that make for a sleeker and more pleasing aesthetic. (Adam Waheed/)