When it comes to motorcycle sport-touring no other bike brand offers the wide array of motorcycling options as Kawasaki. And for those seeking an upright sport-touring rig that strikes an optimum balance between the two segments look no further than Kawasaki’s 2020 Versys 1000 SE LT+ ($17,999). 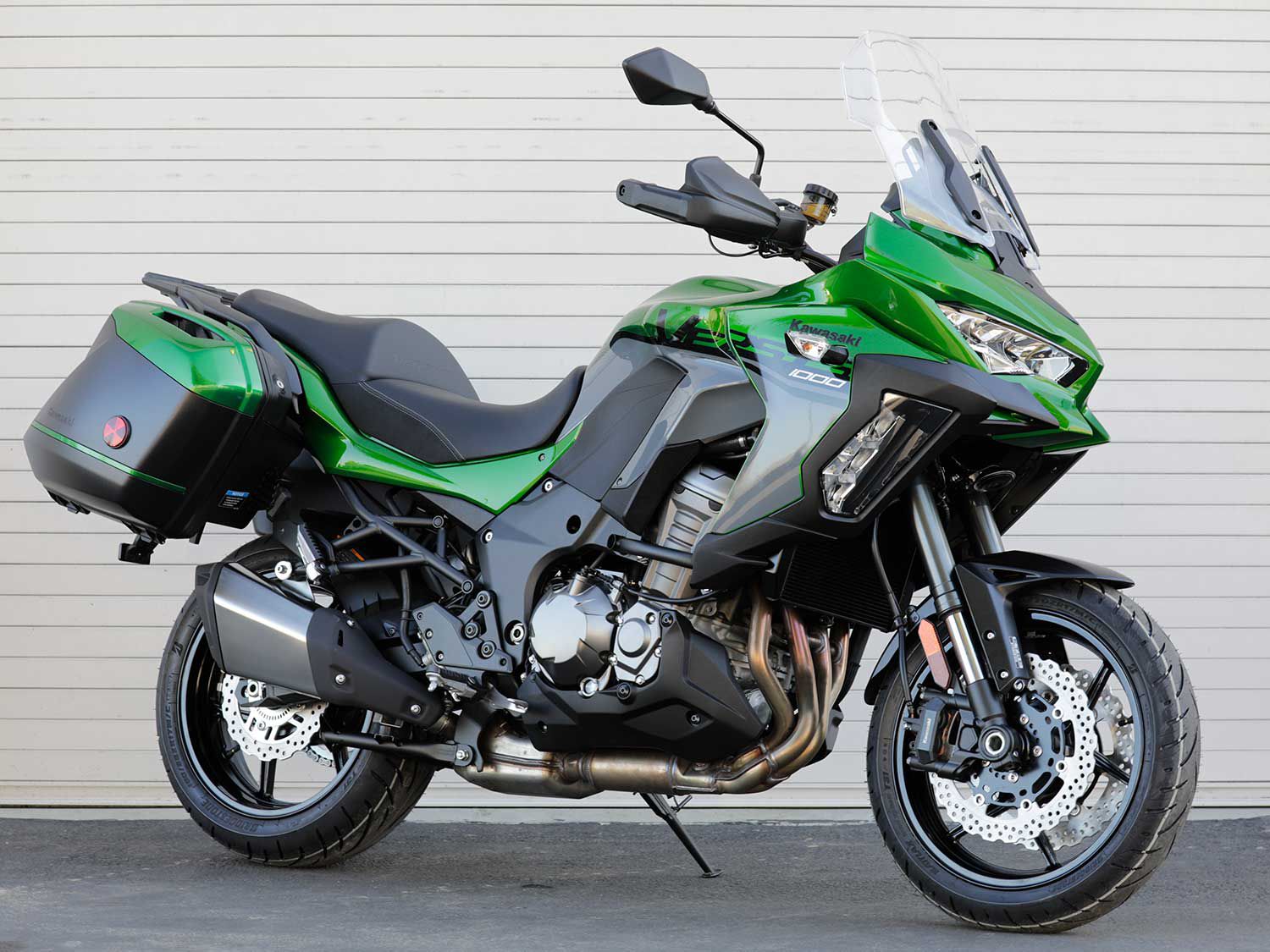 A set of well-engineered easy-to-put-on, easy-to-take-off color-matched hard cases are capable of swallowing nearly 15 gallons of cargo. We loaded them with a 100 or so Matchbox toy cars that we dropped off at the Children’s Hospital of Orange County. The Southern California hospital specializes in pediatric care, and treats more than 100,000 sick kiddos each year. 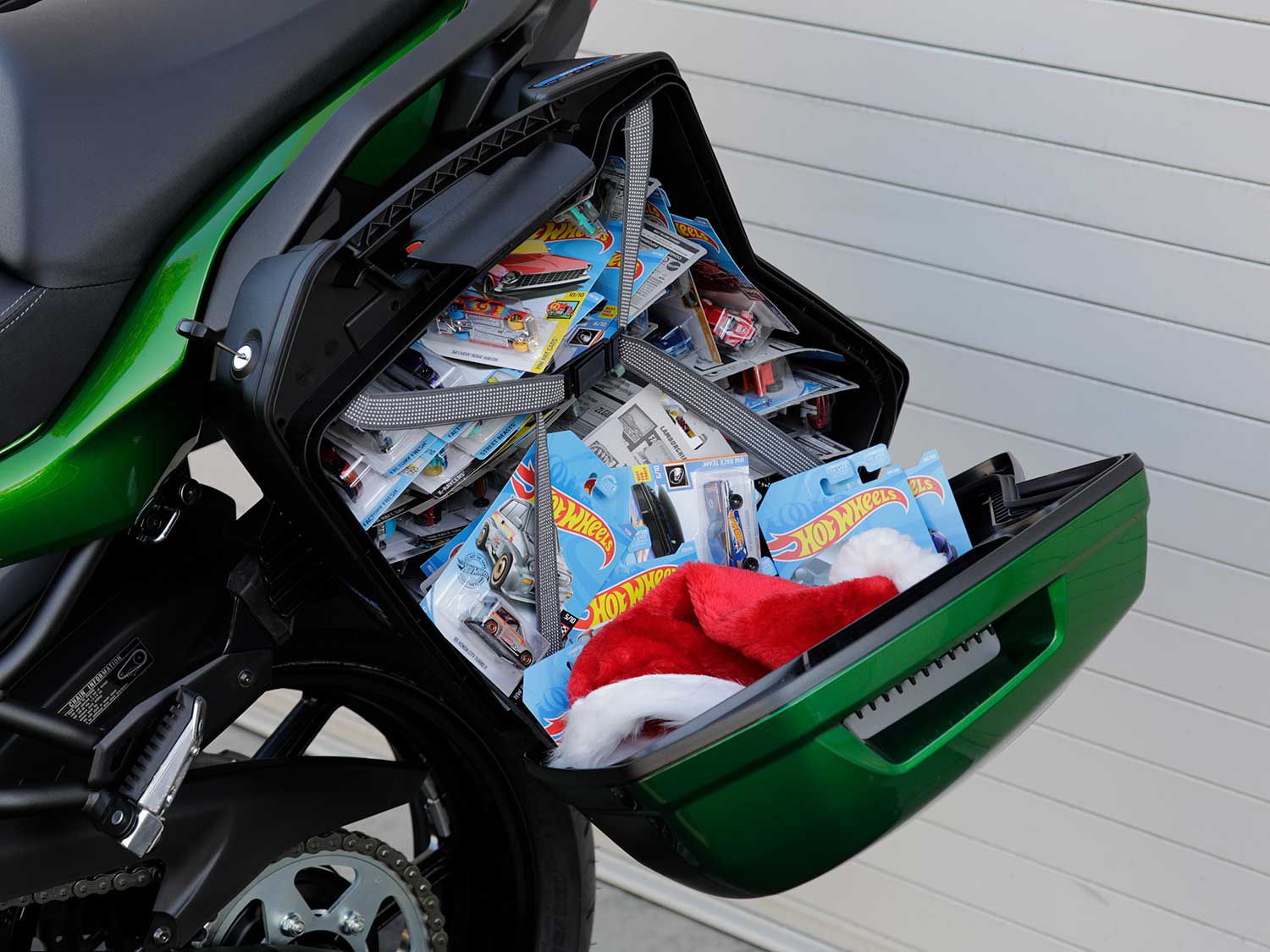 The Versys 1000 SE LT+ comes outfitted with a well-engineered set of color-matched hard cases. Both cases are lockable and can be easily removed from the motorcycle. (Adam Waheed/)

Its tried-and-true 1,043cc inline-four has been retro-fitted with ride-by-wire throttle connectivity that facilitates selectable engine/throttle response maps (Rain, Road, Sport, and a customizable Rider setting). The setup also allows for ultra-precise cruise control. An up-and-downshift-compatible electronic quickshifter makes for fast gearshifts, and is especially helpful when downshifting at lean. 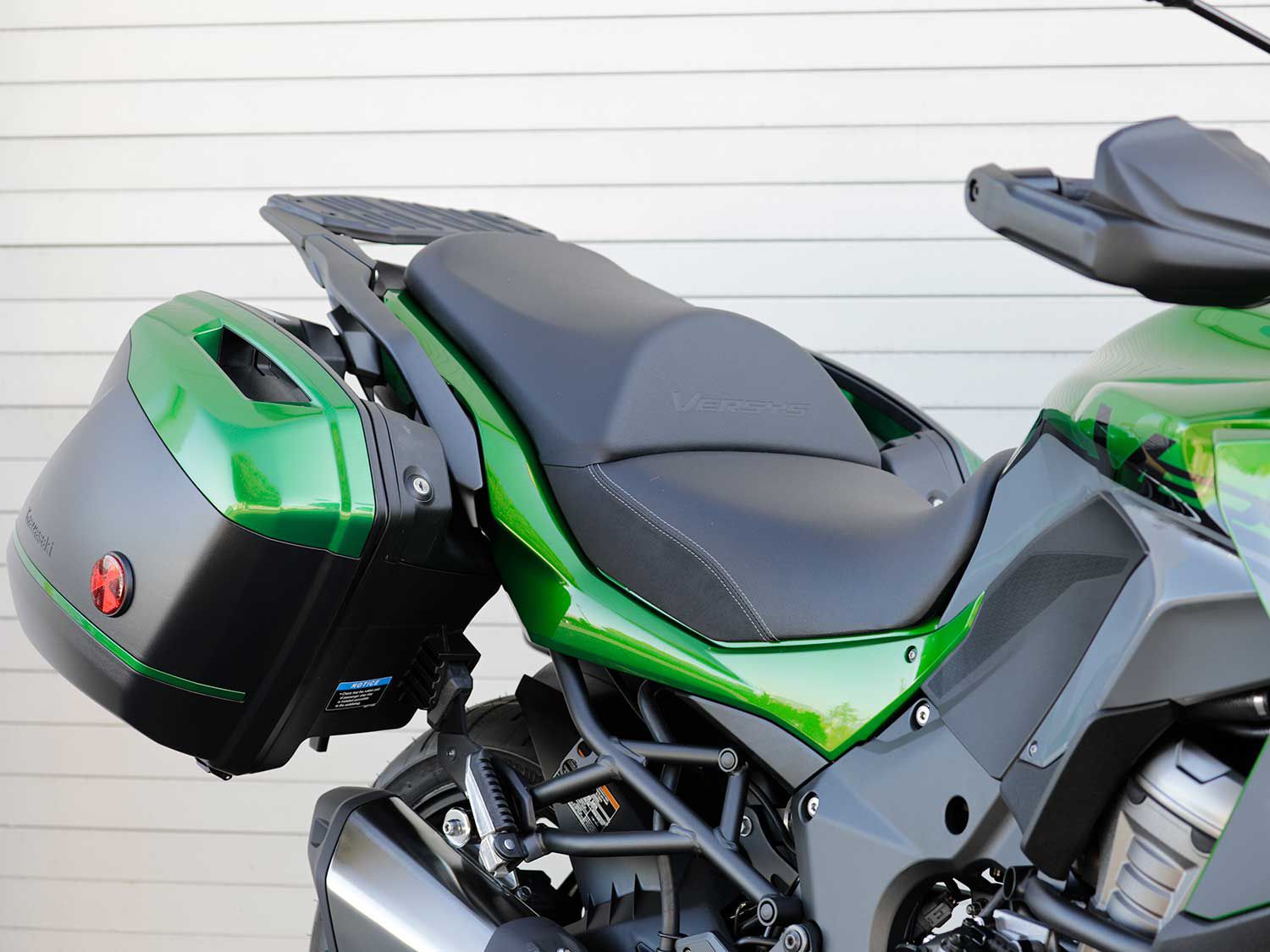 The rider and passenger saddle on the Versys 1000 is plush and well-supportive. If you’re seeking a comfy touring rig, this bike is it. (Adam Waheed/)

These improvements go a long way to making this engine feel more modern than it is (remember, its architecture is based off the old Ninja ZX-9R). Still, with around 105 hp the Versys 1000 likes to boogie and delivers an especially raucous engine/airbox note inside the cockpit. As always, this powertrain can feel buzzy at higher rpm, but it’s easy to overlook considering how playful the engine is with especially well-sorted throttle response. 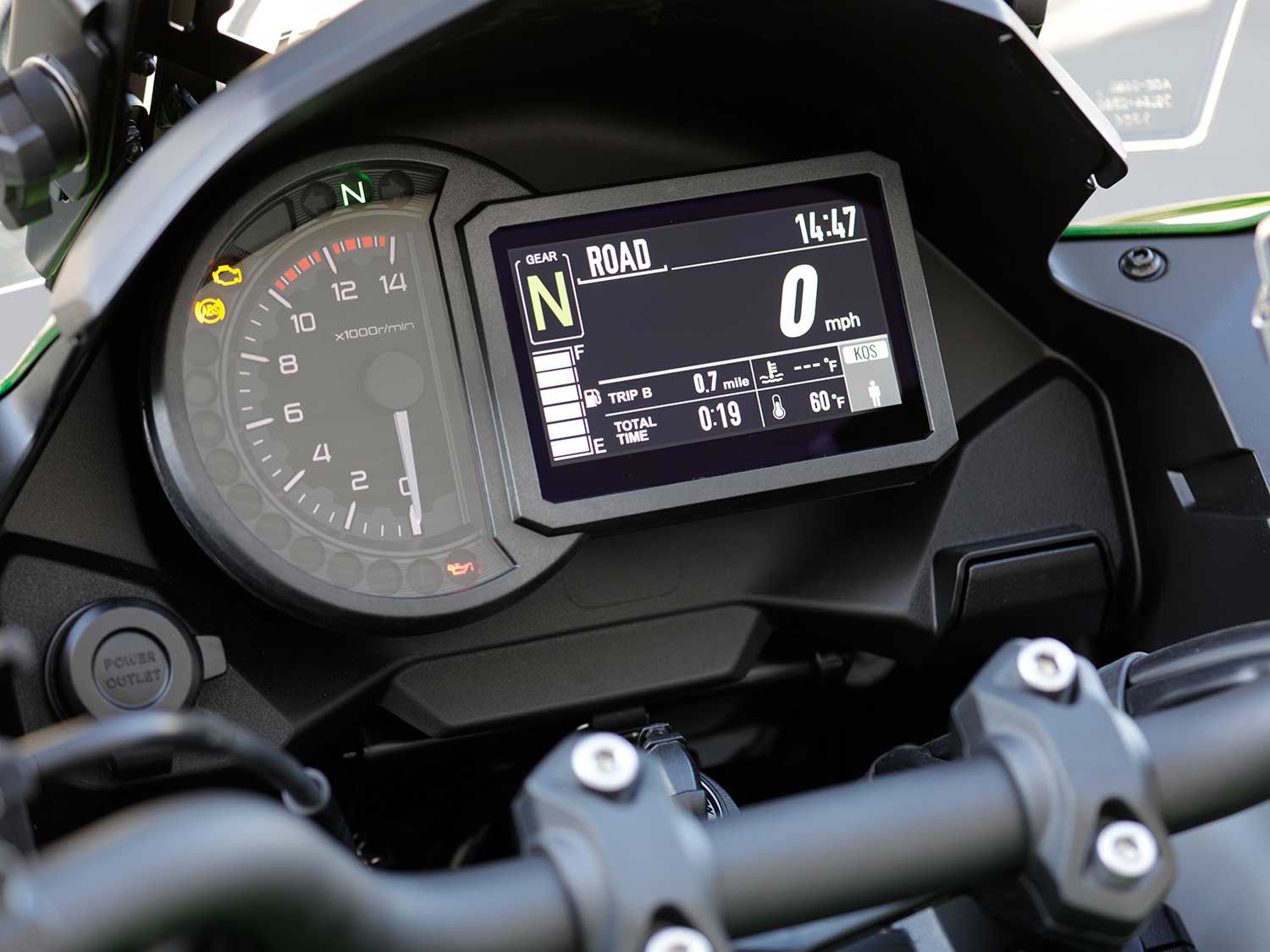 A color TFT display flanks the swept-face tachometer. The display offers crisp fonts and the settings are manipulated via handlebar-mounted switchgear. While we wish the display was touchscreen-compatible, the rider can use Kawasaki’s Rideology smartphone app to communicate with the motorcycle and make setting adjustments. (Adam Waheed/)

The Versys 1000 SE LT+ now includes semi-active suspension that automatically adjusts damping settings based on road conditions and rider control input. The damping settings are linked to each riding mode. Furthermore, the rider can further tune the suspension to their liking via the Rider map. Handlebar-mounted switch gear offers great tactile function and the color display offers crisp fonts with a logical menu layout. 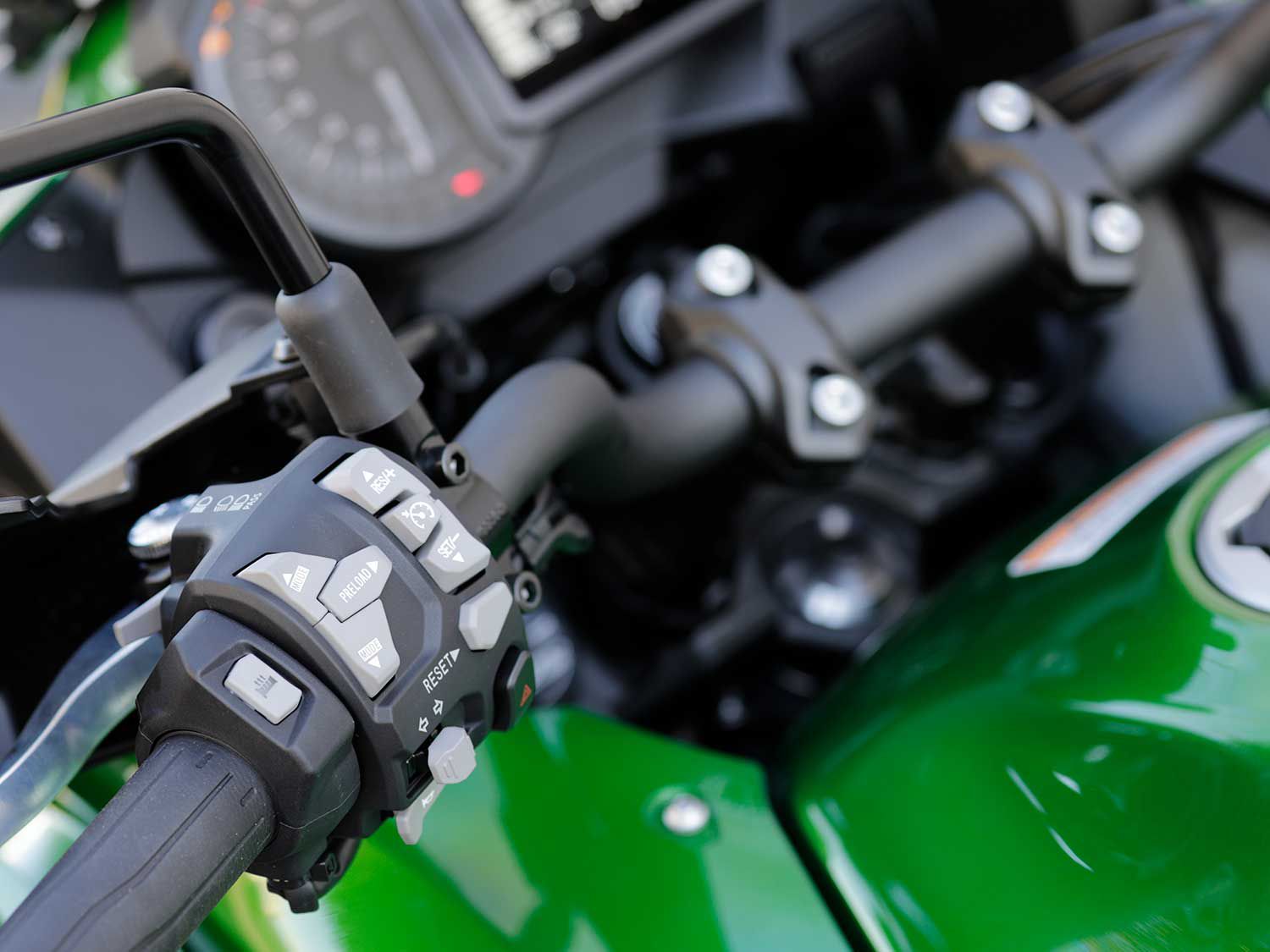 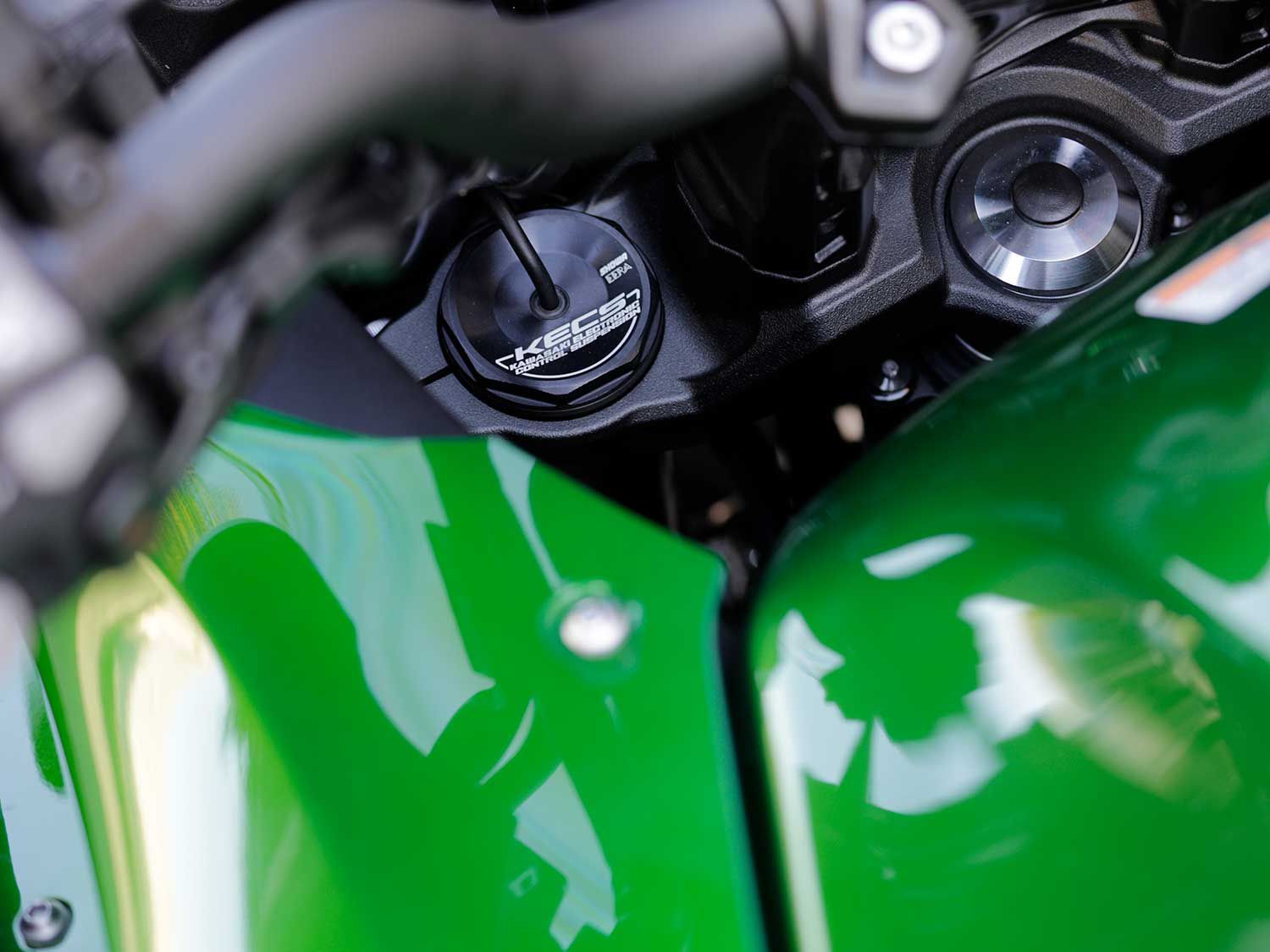 Kawasaki teamed up with Showa for its semi-active electronically adjustable suspension. The suspenders offer a good compromise between touring comfort and spirited-riding-friendly road holding. (Adam Waheed/)

With an MSRP that’s nearly $5,000 more than the old Versys 1000, this 2020 SE LT+ edition certainly can’t be deemed cheap. However, for a rider seeking a regal touring experience that skates the fine line between sport and touring duties, the Versys 1000 SE LT+ delivers. 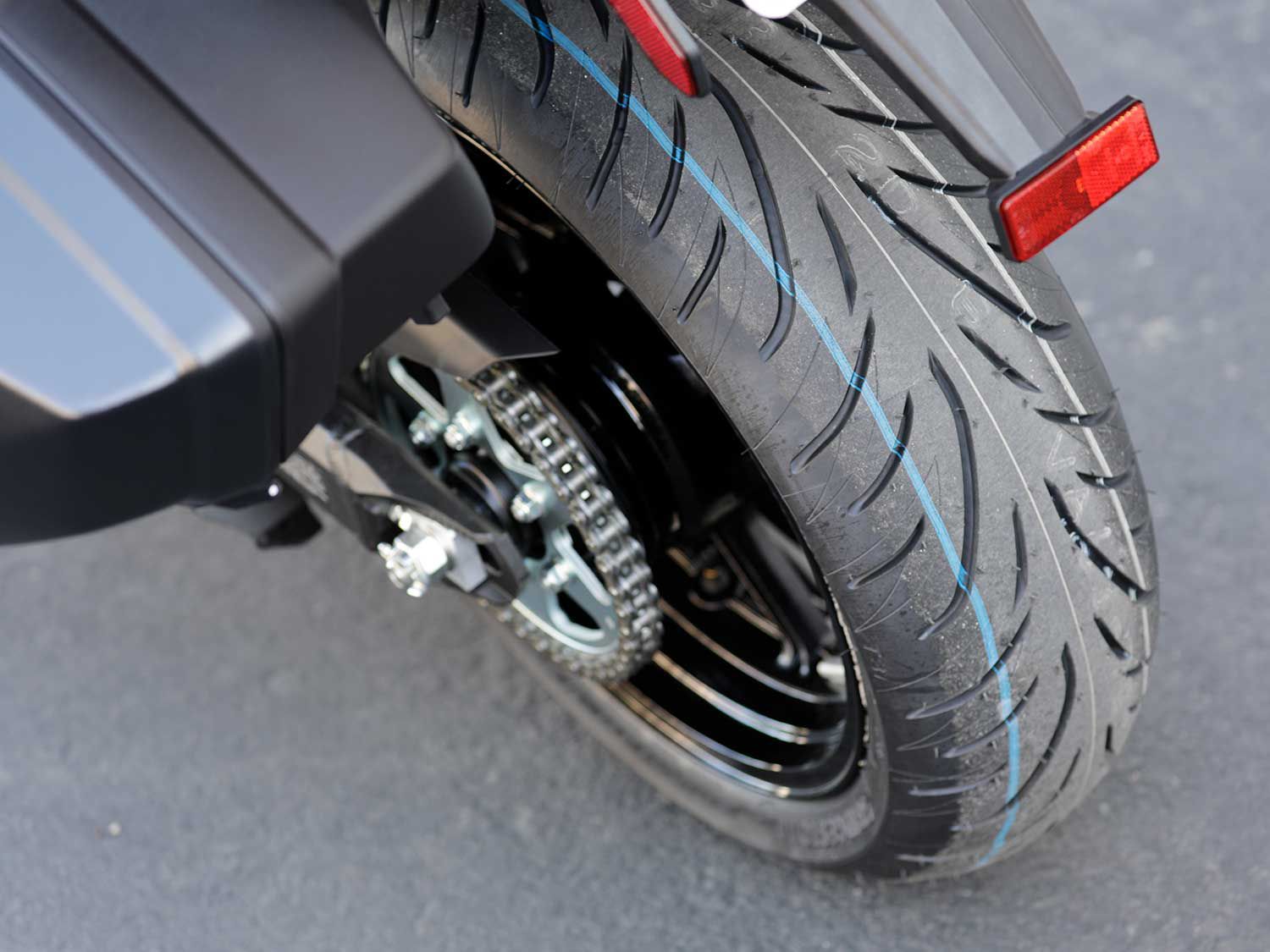 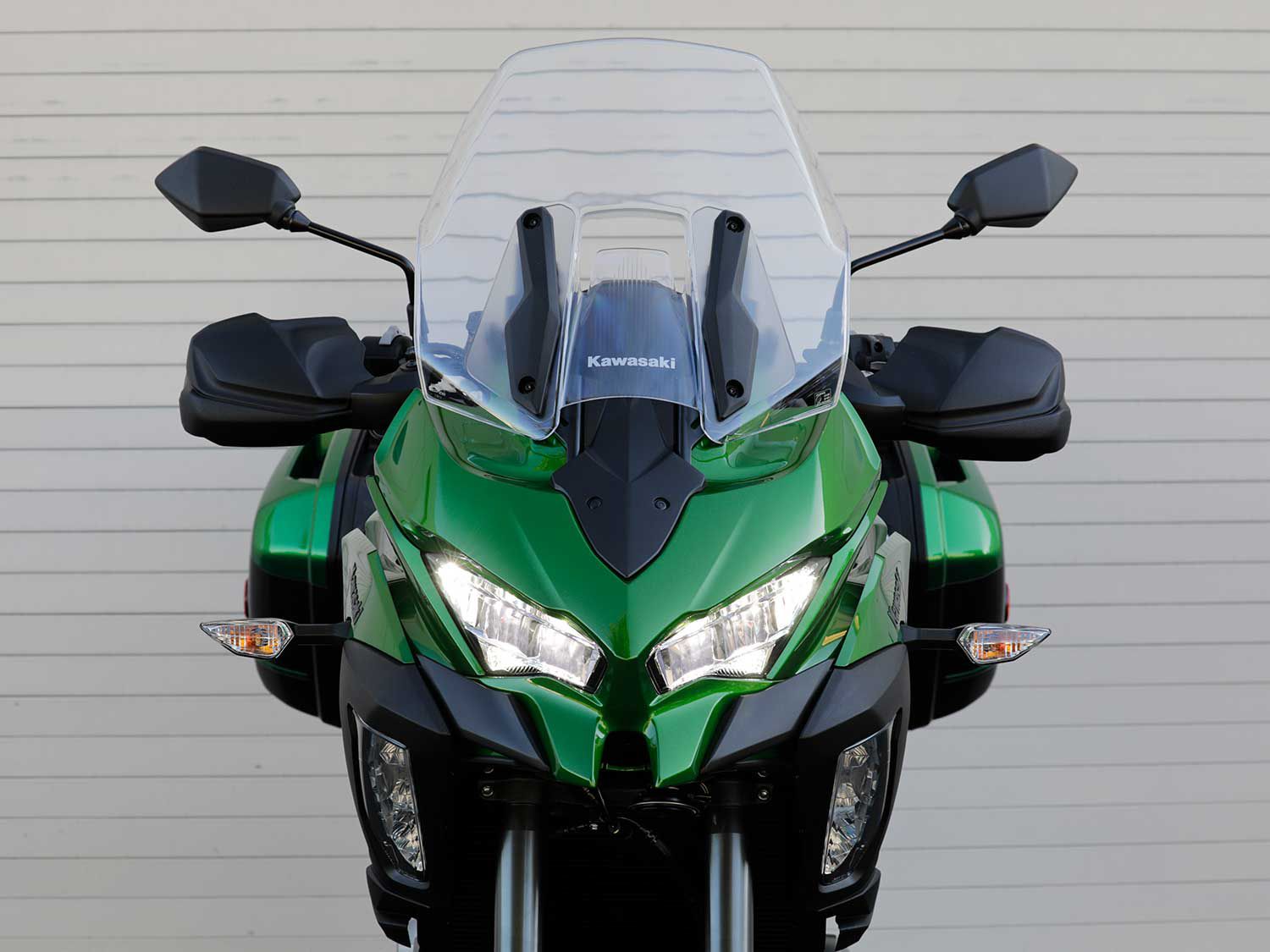 The Versys 1000 is outfitted with a sophisticated lighting package. The LED headlamps are some of the best we’ve sampled during night rides, and cornering lamps help illuminate the road through turns. (Adam Waheed/)
Post Views: 11
Tags: bike, motorcycle, news, reviews