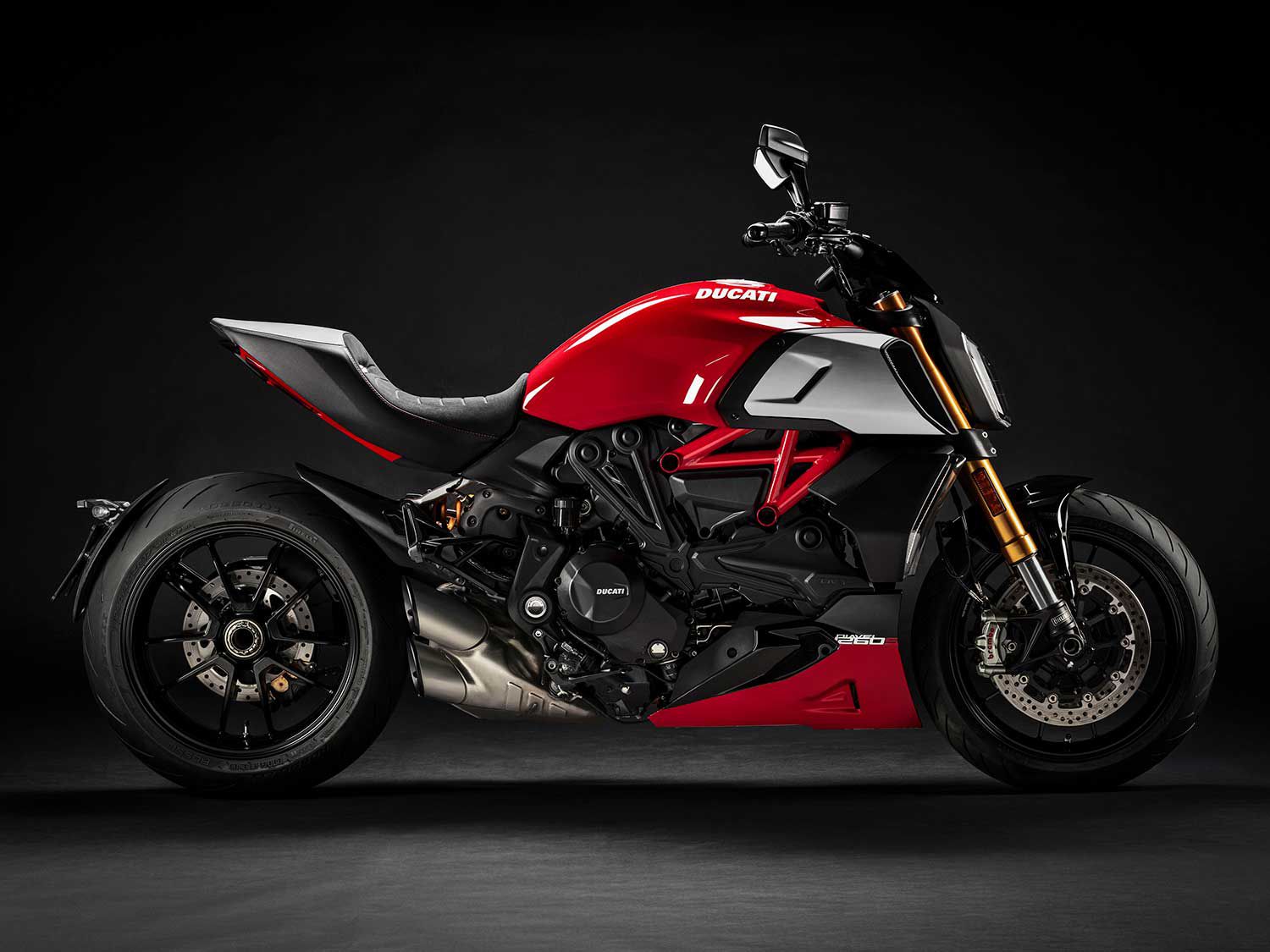 When it was first unveiled at the 2018 EICMA Show in Milan, the new 2019 Diavel 1260 wowed us with its sleek modern style. It didn’t win our most recent Bike of The Year award (but, man, it came close) though it did snag Cycle World’s Best Cruiser prize for 2019, and it also won the prestigious European design prize, the Red Dot Award, last March.

Last week came the announcement of yet another international high-profile trophy for the Diavel 1260: the Good Design Award. The prize is assigned by the Chicago Athenaeum, Museum of Architecture and Design, and by the European Centre for Architecture Art Design and Urban Studies, making it an extremely sought-after award, and one that’s been acknowledging global excellence in design for nearly 70 years. The Ducati Diavel 1260 S rolls with a Testastretta DVT 1262 engine and an edgier profile than its predecessor. (Ducati/)

It seems like design chops – or at least a definite style awareness- runs deep in Italian motorcycle brands, but it feels especially prevalent in Ducatis. We’d agree the Diavel 1260 S is already an acknowledged style icon, and the capture of the Good Design Award basically solidifies that status in the US.

We’ve been fans of the powerful and beefy Bologna-built bike’s performance and its muscle cruiser ergonomics from the get-go, and in terms of design, the second-generation 1260 S remains faithful to the spirit of the original Diavel, drawing on those key styling elements yet also updating them. The reworked Ducati tubular steel trellis frame uses the engine as a stressed member, while the exhaust system is more discretely routed to better expose the beating heart of the 1260 S — the 159 hp Testastretta DVT 1262 engine. And that rear 17-inch wheel with its monstrous 240mm wide tire should look pretty familiar to any Ducati fan by now. 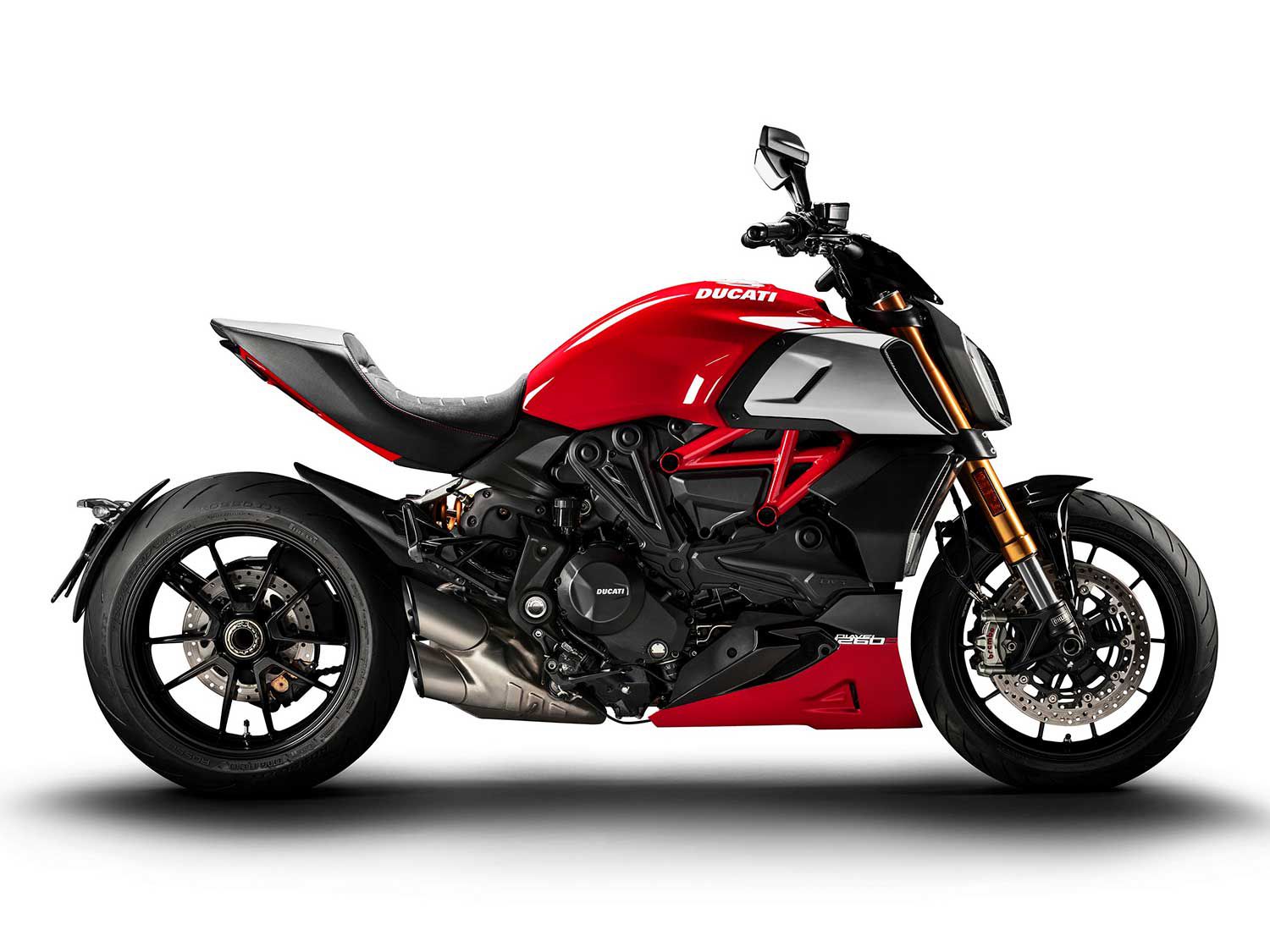 The up-spec 1260 S has a 48mm, fully adjustable Öhlins inverted fork as well as upgraded brakes and for 2020, comes in this new Ducati Red with white trim color option. (Ducati/)

Related: Cruisers That Defined The 2010s 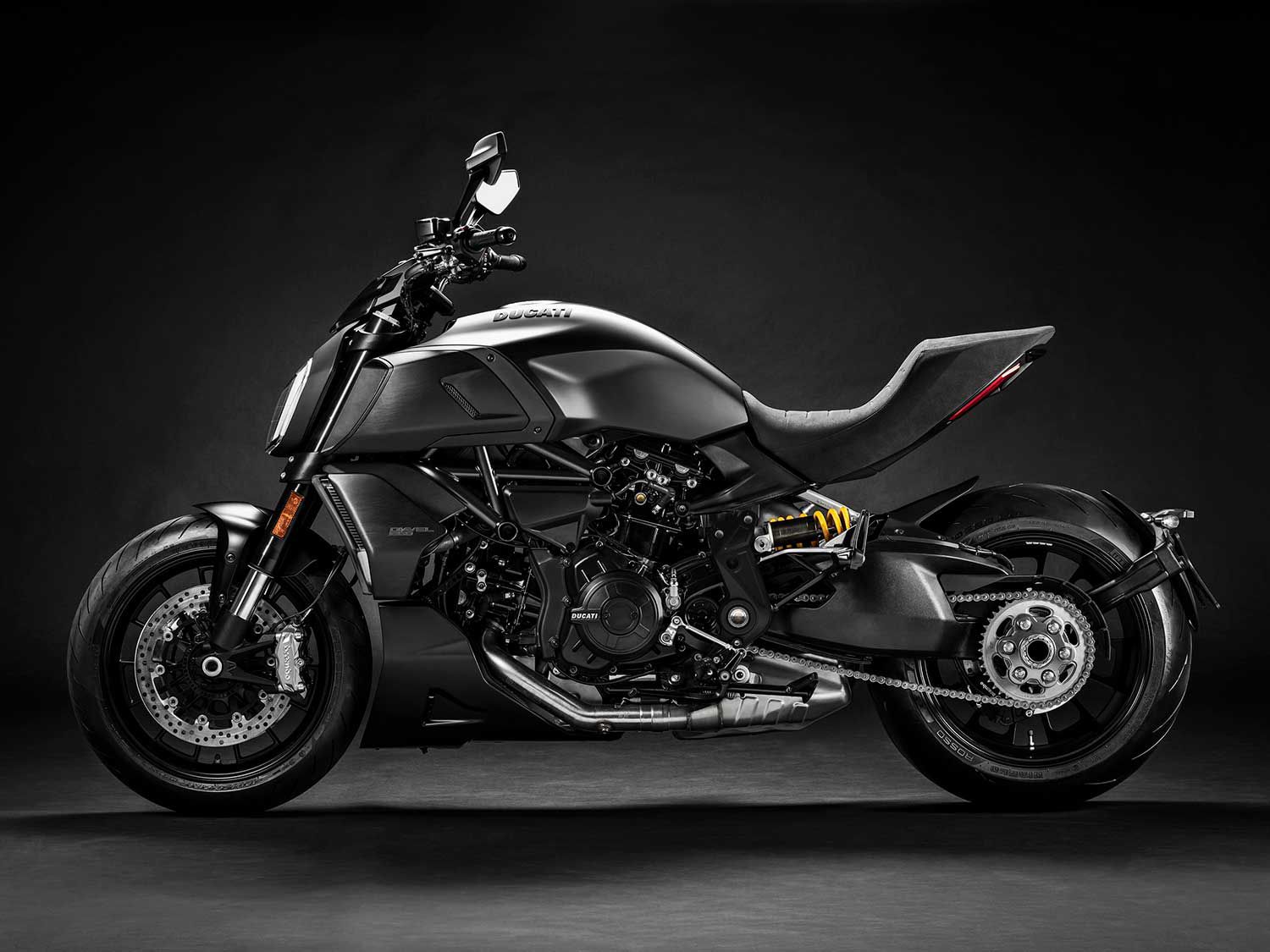 On the standard 1260 Diavel you’ll find a 50mm inverted fork and a Sachs rear shock, and for 2020, a new Dark Stealth color (or mono-color) option. (Ducati/)

For 2020 the Diavel 1260 will be getting two new colorways — a Dark Stealth option for the standard version, which includes matt black for the superstructure, with rims, frame and mechanical parts also dabbed in different black finishes. The Sandstone Grey with black frame color is also still available for the standard 1260. The 1260 S meanwhile, gets an all-new Ducati Red with white trim and red seat and tail to alternate with its black parts to emphasize the performance and “power-cruiser spirit” in a typically colorful Ducati style. 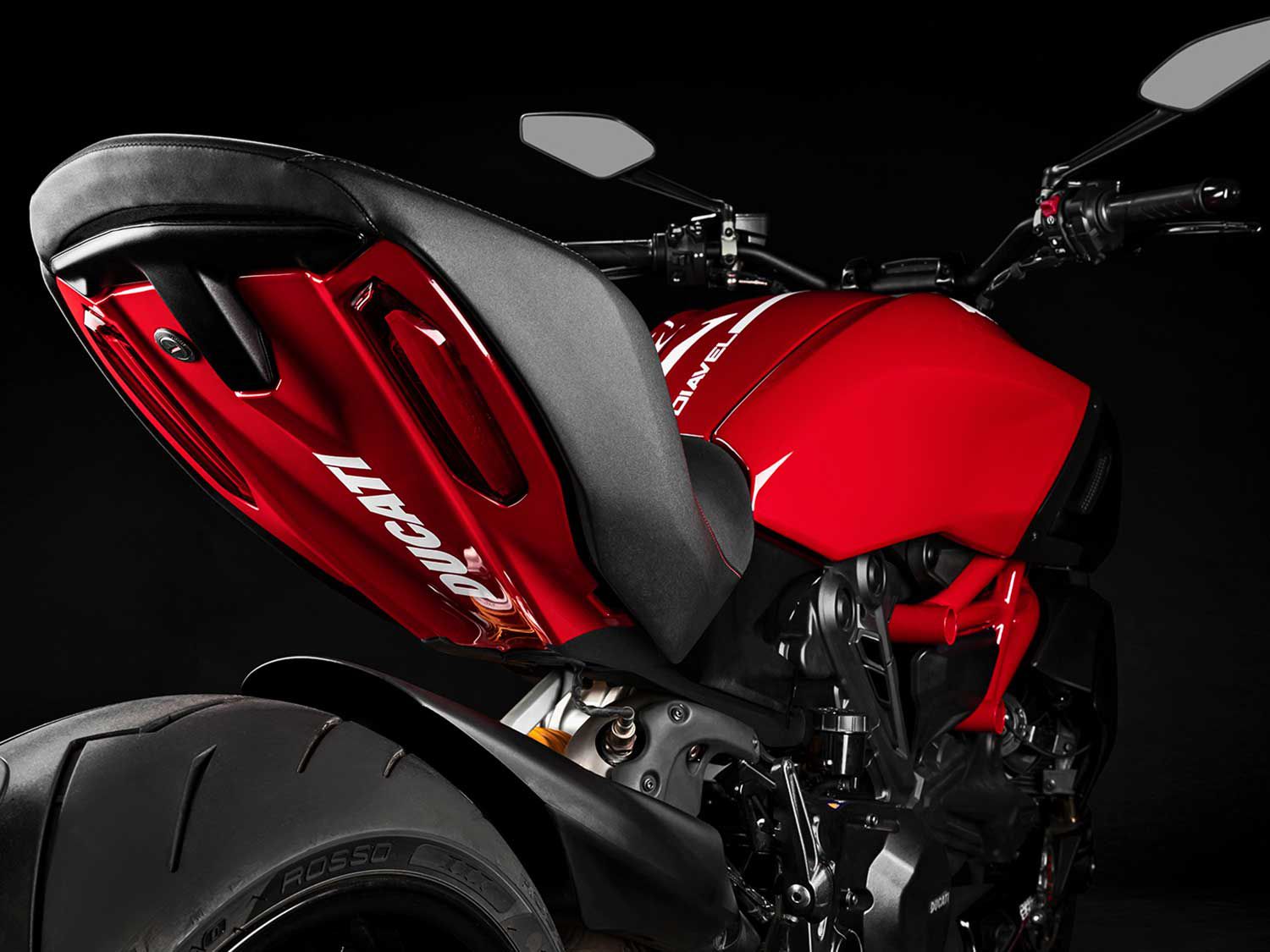 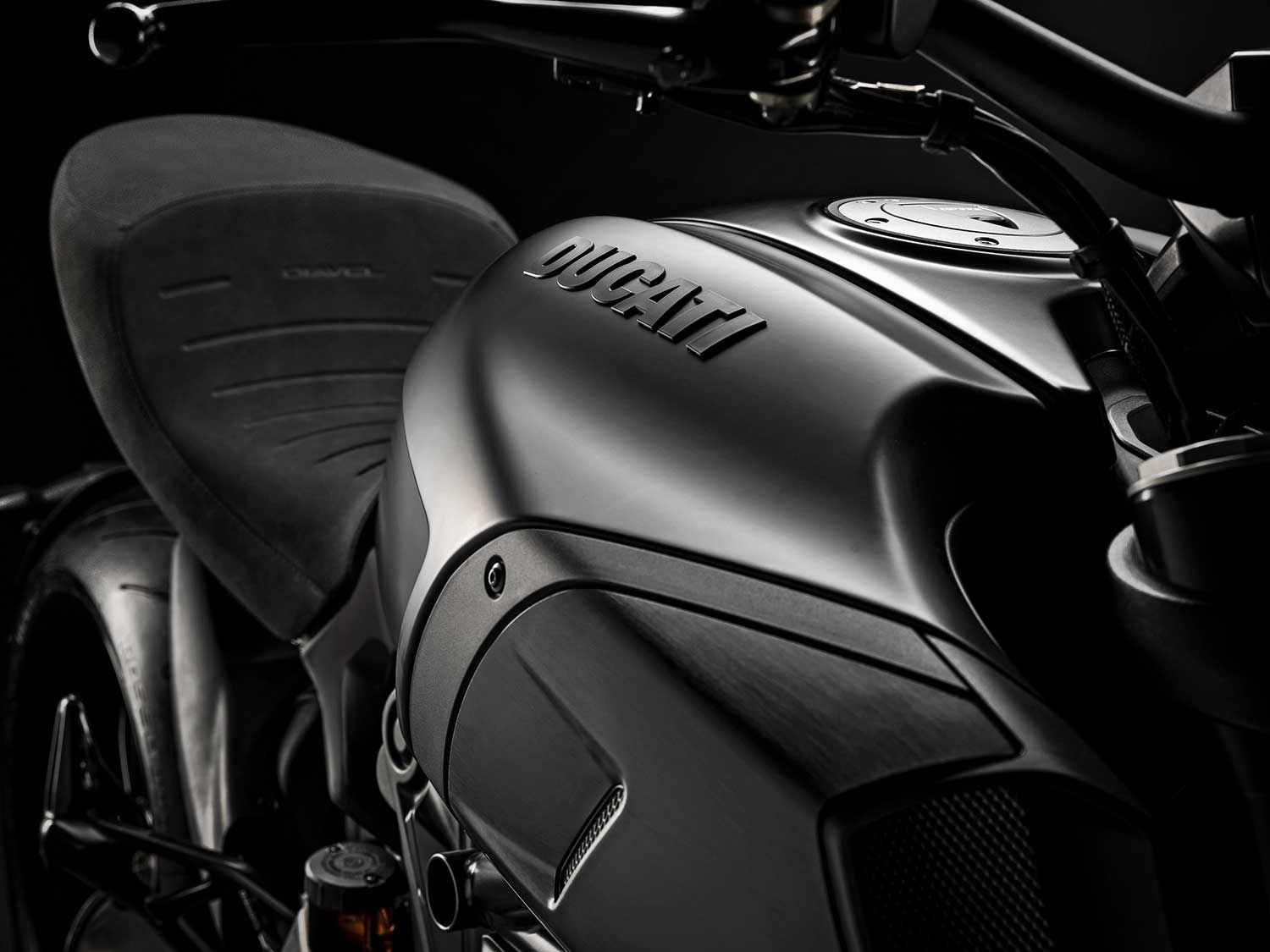 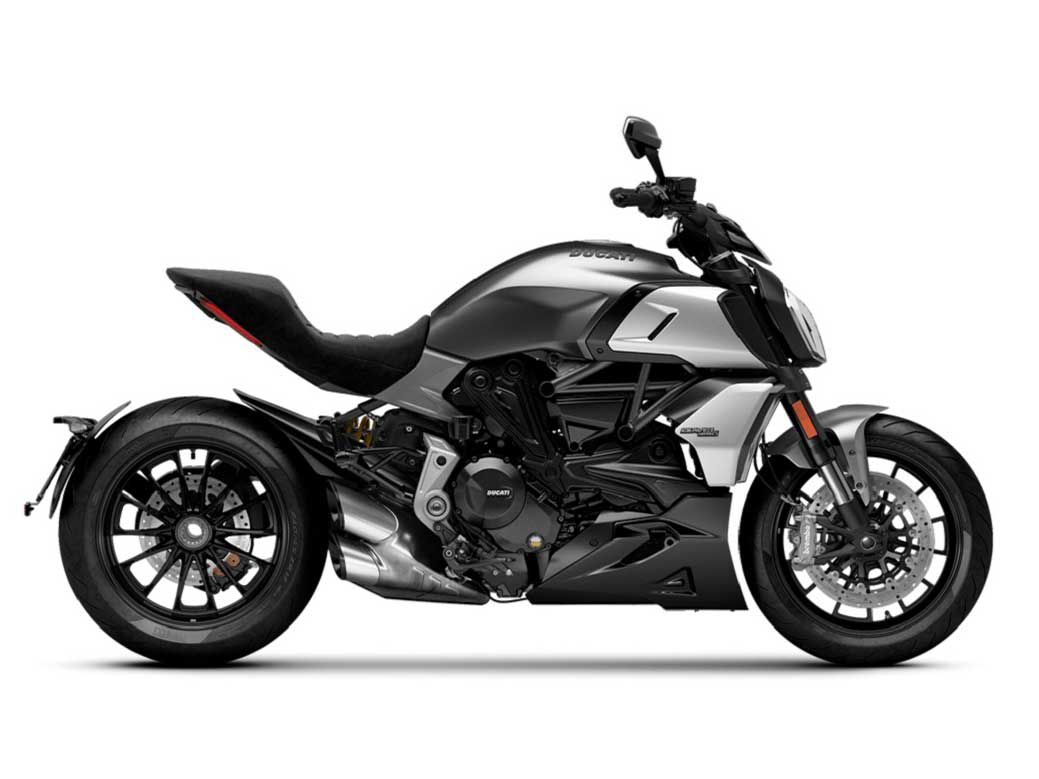 You can still get the standard model in Sandstone Grey with black frame, for an MSRP of $20,295. (Ducati/)
Post Views: 38
Tags: bike, motorcycle, news, reviews